Well... Where should i begin...
My name is Virosh Lich and i am currently at approximately 3k LY away from civilization and slowly reaching my target - Rosette nebula.
I have been unable to advance towards my goal for a few months due to a severe illness. This is actually the reason why i decided to make a log of my journey and send it through the radio. It may never reach the populated space but... whatever. I feel better that way.

Two weeks ago i was finally able to sit back in my pilot seat of my trusty "Rabbit" (the full name of my current ship is "The Jumping Rabbit") and continue my journey. During that time i was able to find one Earth-like World (which was already discovered), but also found many undiscovered Water Worlds and my first Ammonia World. 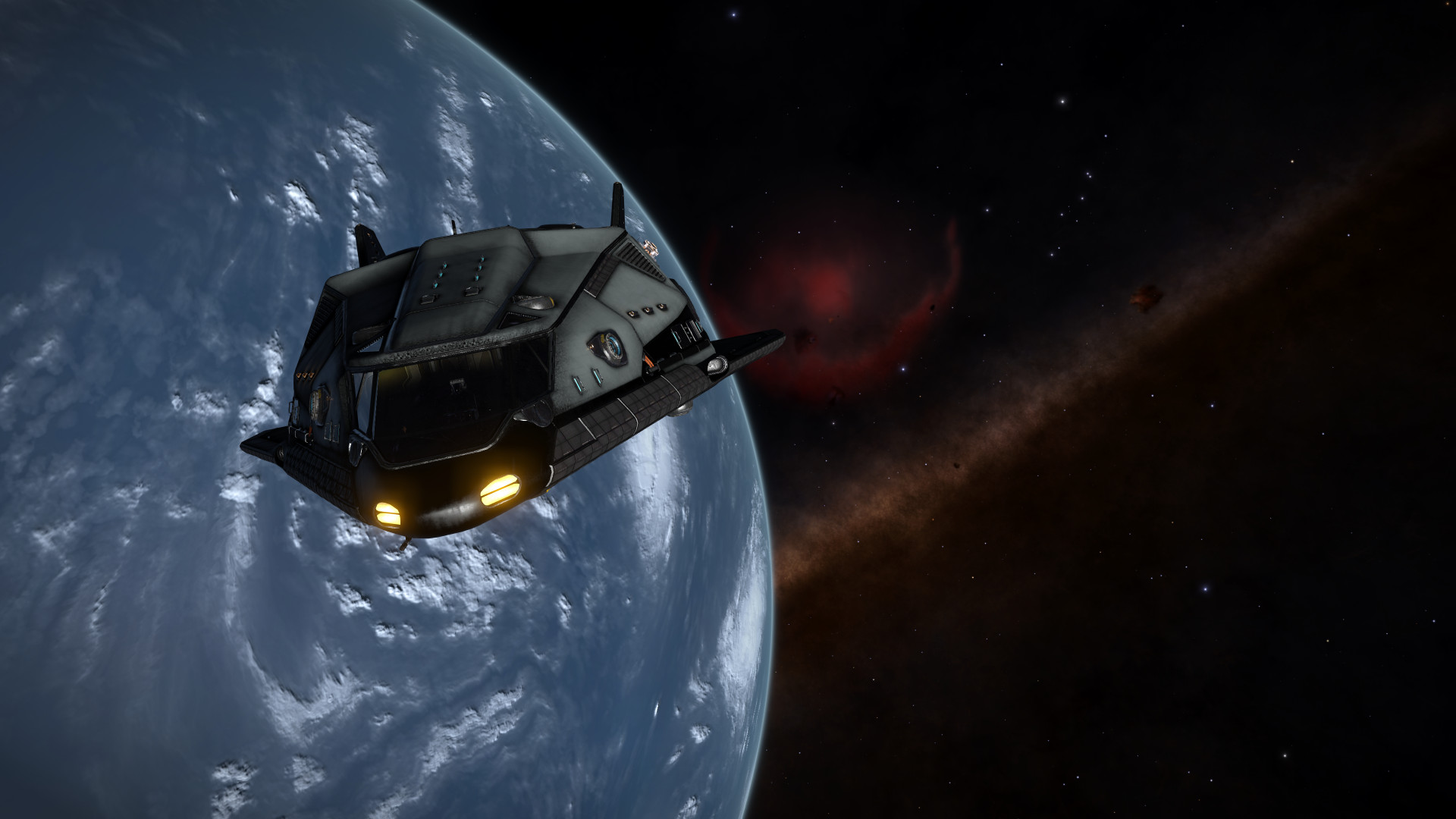 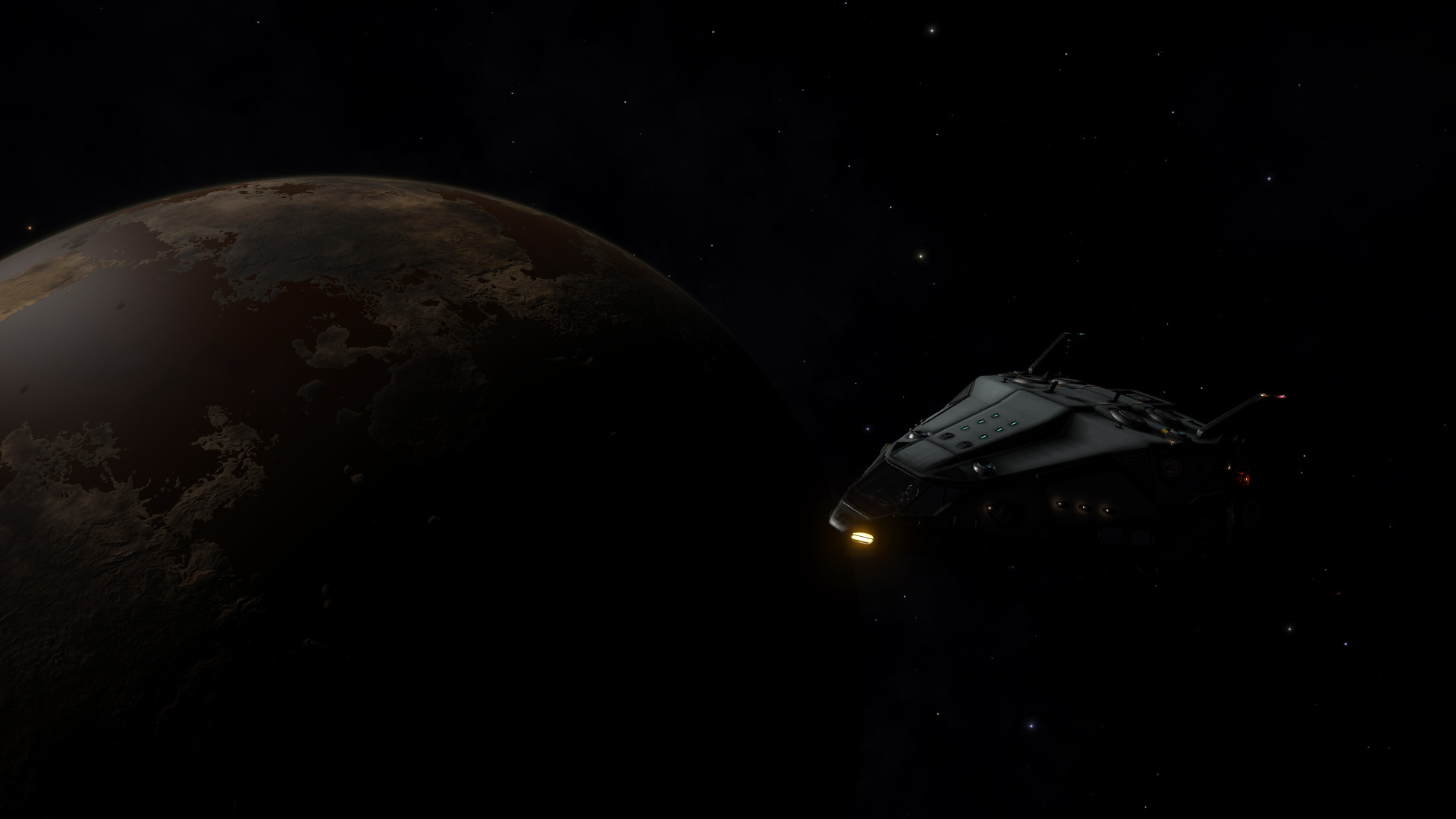 And then after another jump i noticed that i have forgotten to get some data from the previous system. Opening the Galaxy map, looking around for the name of the system and suddenly my eye caught an interesting star nearby which i was going to miss and which was two jumps away from my current position. The star was big and shiny and was the star type where if you are lucky you may find a Black Hole or Neutron star, so without any hesitation i plotted a new course towards it.
Jumped to the first system and almost had a small hearth attack. The main system star was a close binary - a Red Dwarf and a Brown Dwarf stars very close to each other. I was really lucky that the course i had taken put me in position where the Brown Dwarf was on my left side when i arrived. However the look of the star when i exited the hyperspace really scared me. 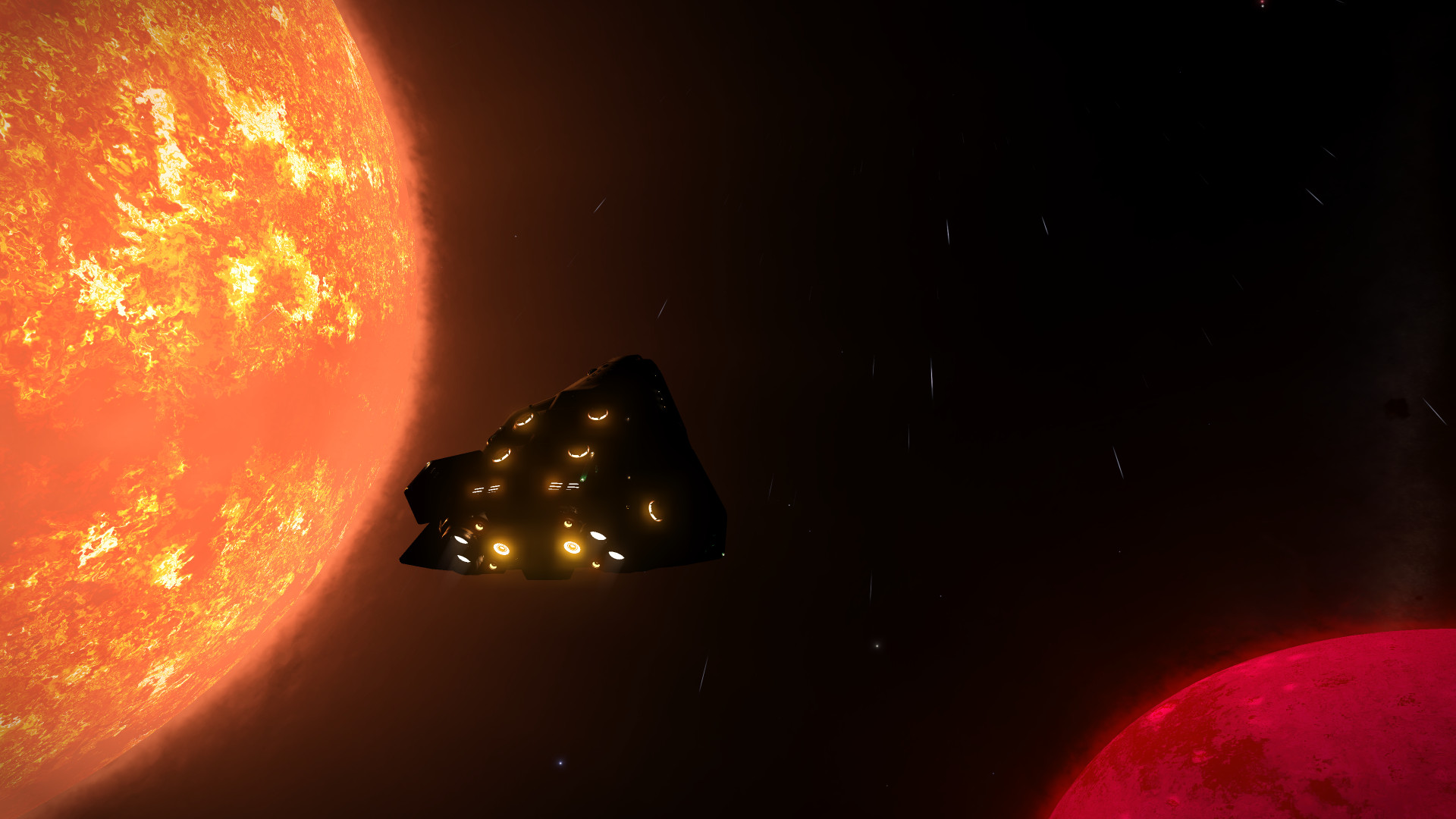 After surviving this and exploring the system i finally jumped to the interesting star and i was left speechless after i exited the hyperspace - the star was so big and bright that i was blinded for a few seconds by the blue-greenish light until the filters kicked in.
I was excited like a little child waiting for the scanner results and when they arrived i was - Woo hooo! The star was Class A supergiant! 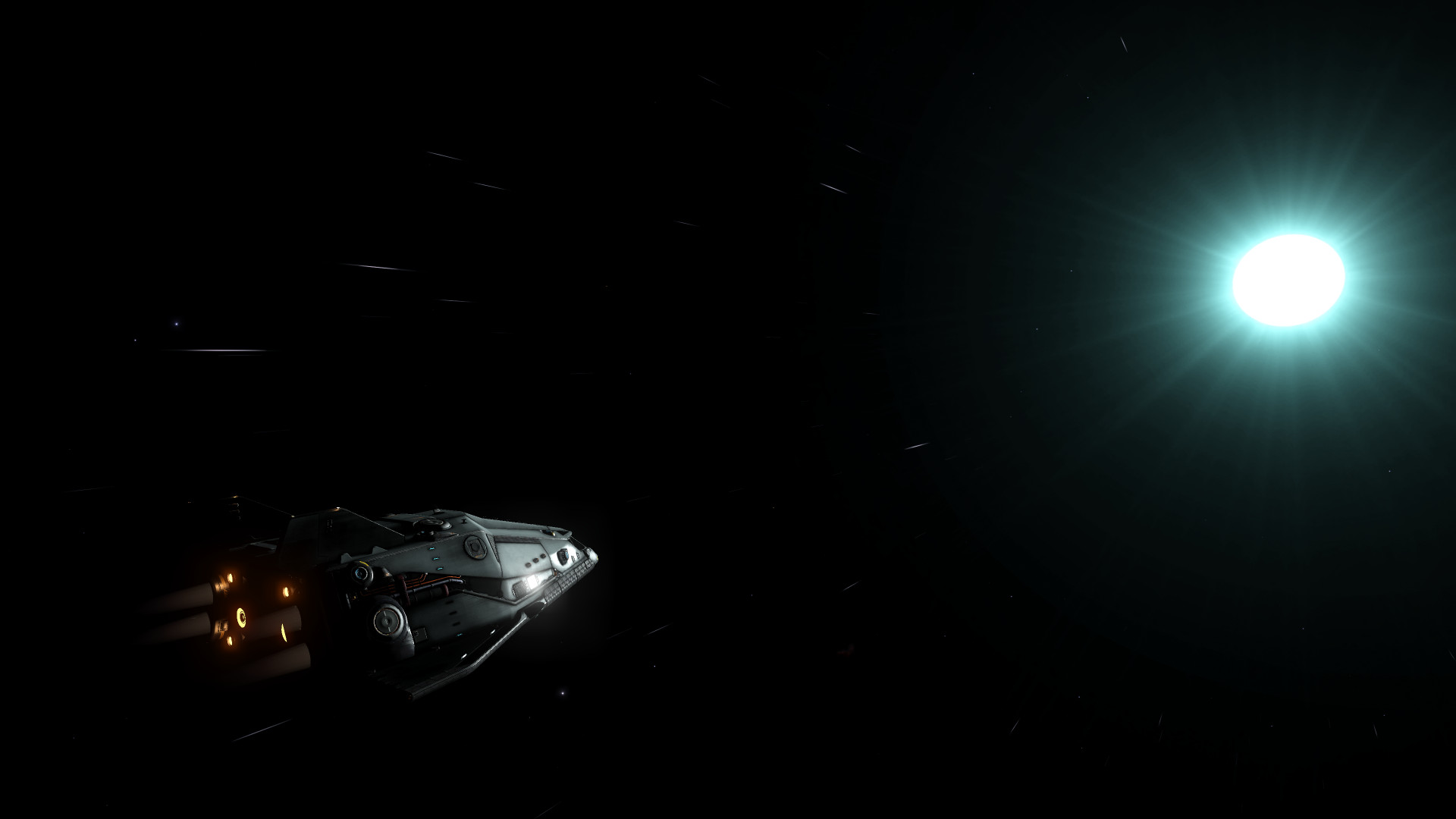 I was so excited that first i did not noticed the result from my scanner - there was only one more body in the system. It was away from the main star so i immediately decided that it will be just a small icy body.
I was so wrong. It was a Black Hole! I never felt so excited! A supergiant star and a Black Hole in one system - Yay! 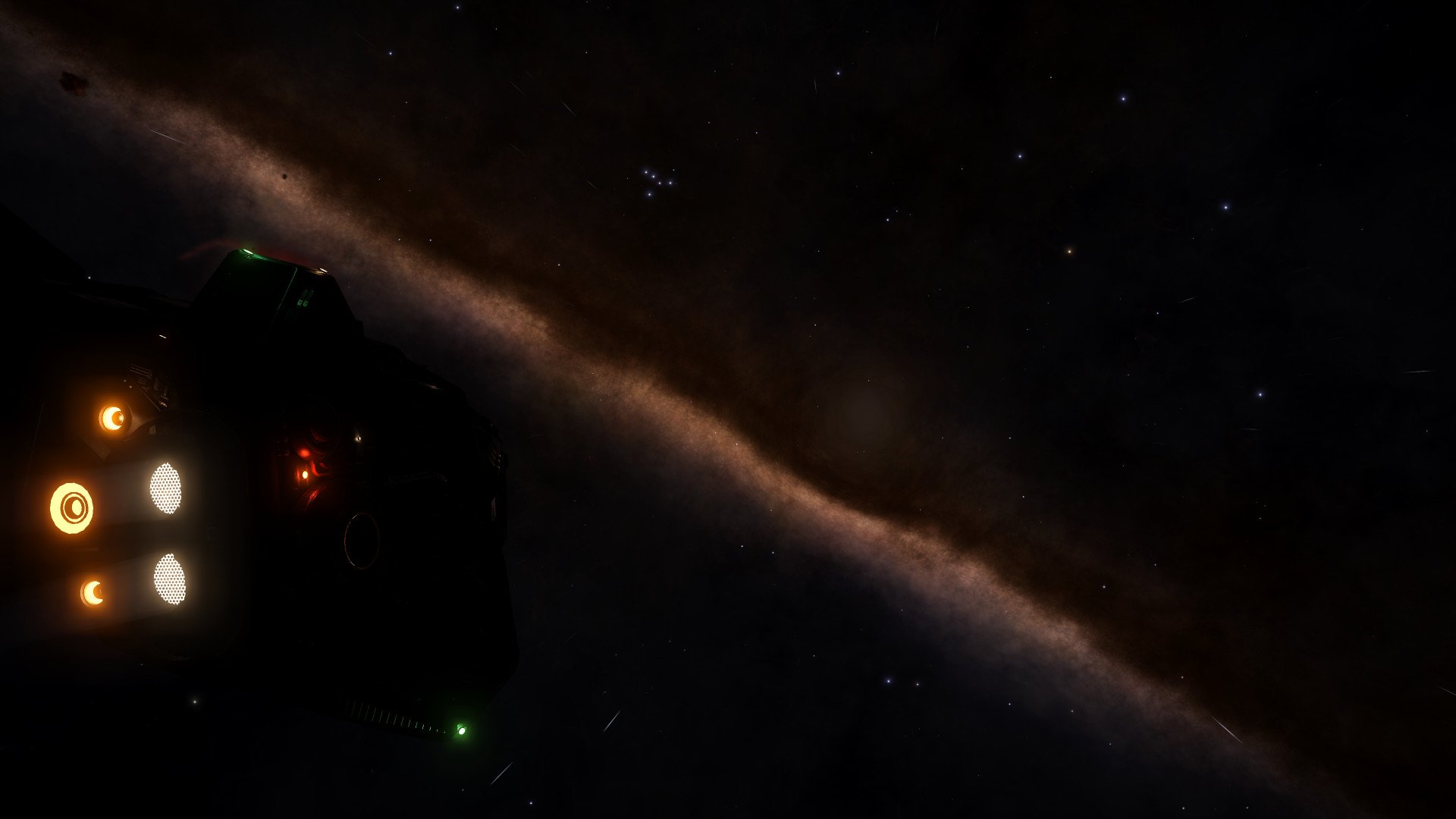 I took some pictures but after i left the system noticed that on all of them the lensing effect of the Black Hole is not very visible due to my positioning...
Well... It does not matter. I have the data and i am hoping to return to the Bubble within a two months and deliver it to the Imperial Space Exploration Service.