Four days have passed since i woke up with a fever so bad that i almost didn't make it to the medical chamber.
I don't remember much of what happened afterwards. Only that i was laying on the bed and the computer have made its diagnostics procedures over and over again. Then, the painkillers and four days of sedative sleep during which the med chamber was trying to heal me. Mostly by stuffing me with painkillers and antibiotics.

I am better now but still not fully recovered. At least i now know the reason why this happened - rotten food. After a suggestion from the med computer i checked the food i used to eat before this incident and found that the food cartridges have expiry date few months back.
This made me recheck all of my supplies as if i don't have enough food for my journey it may finish sooner than anticipated and with not very good ending for me.

What i found was rather disturbing. Half year food supplies where rotten and unusable. Once i get back to Jameson Memorial i will have a good talk with the store supplier from which i bought these.
The good thing is that i still have food supplies for year and a half, so i will not starve during the expedition.

So, i am still out of shape and four days behind. The fleet already leaved the second base camp Tinné's Endevour and they will soon be reaching Camp Baatuta in Omega Nebula and i am still lagging behind...
However i decided that i do not have any time to waste and continued my journey.

The travel was rather boring. Jump, make a preliminary scan of the system, check if there is something interesting, scoop some fuel and continue.

Until i reached a system which i am not going to name for now.
I arrived in the system, did the preliminary scan and checked the data - the system was not explored before, so no detailed data in my ship's computer data banks.
The "WOW" moment was after i opened the map of the scan. The information regarding the first planet in the system looked like i just found an Earth-Like World.
Checked the system data again to make sure it was not previously explored and then pointed towards the planet and slowly started the engines.

I was so excited that the few minutes trip felt like eternity for me. Finally i was close enough that my scanner started gathering data on the planet. It really looked like an Earth-Like when i was close.
Few more minutes and the results where finally on my display and i couldn't believe it - i found my first undiscovered Earth-Like World! 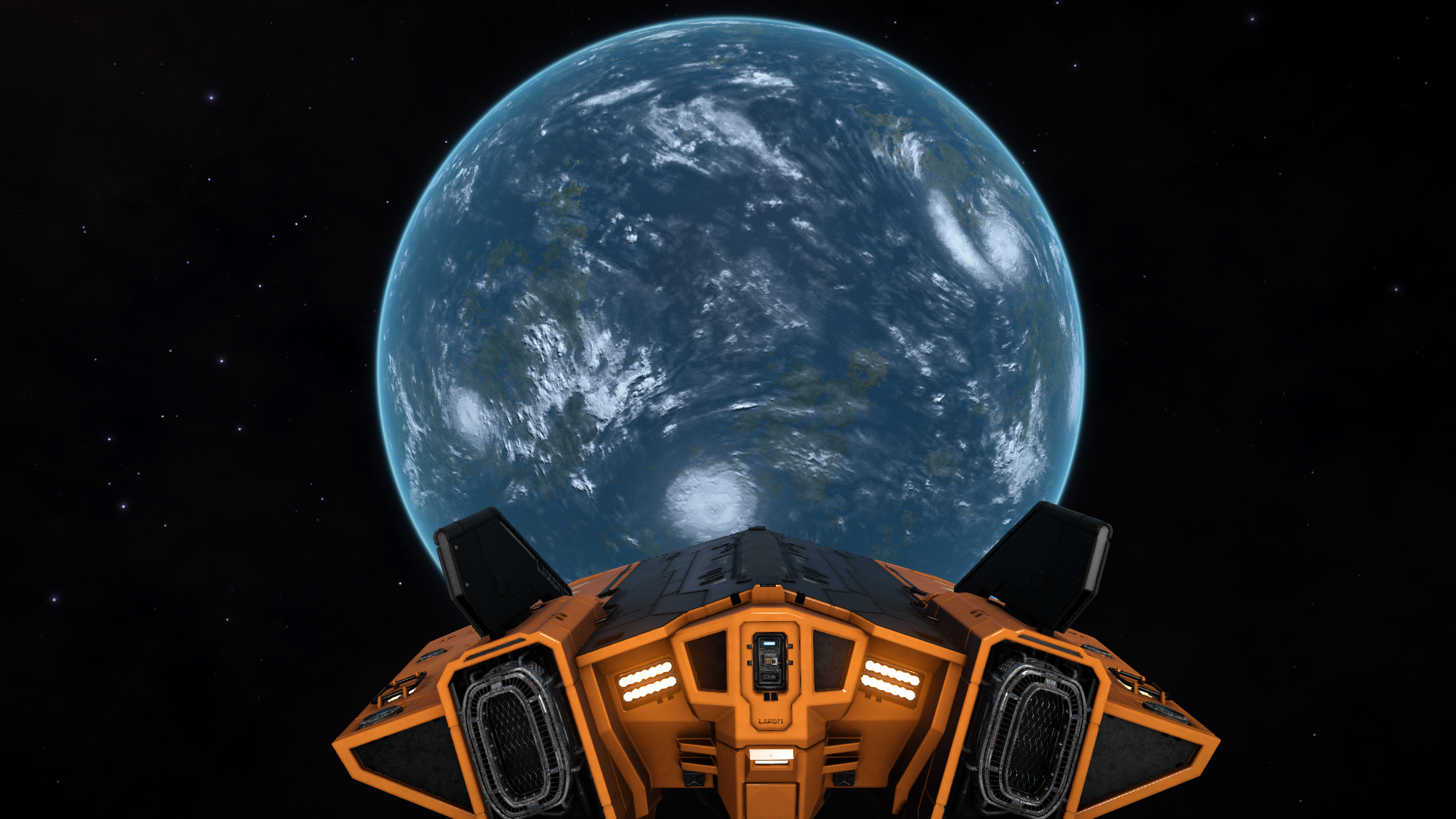 Too bad my ship cannot land on this beauty. 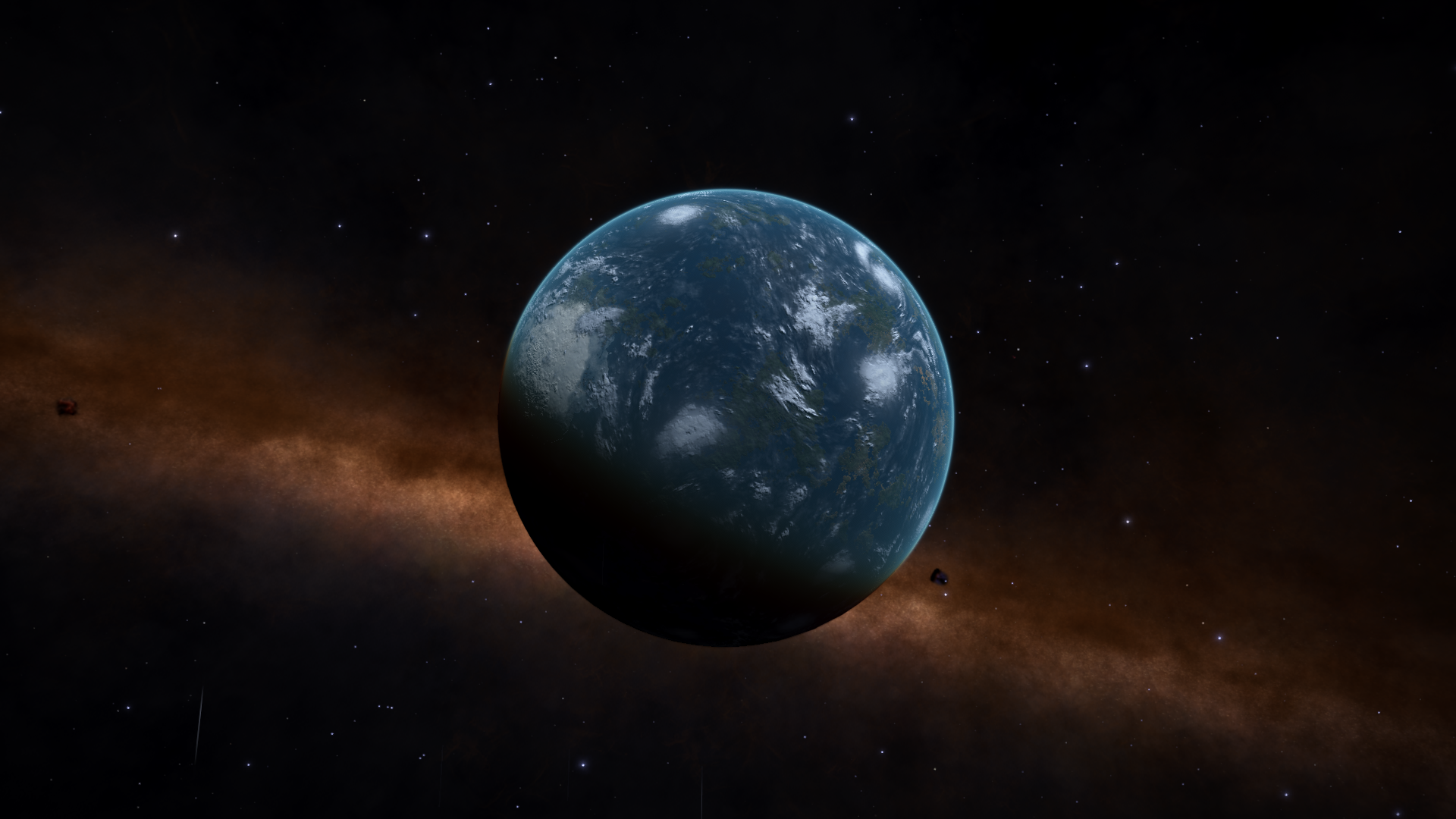 After my euphoria disappeared i started to feel discomfort again. Rested for an hour and continued the journey. 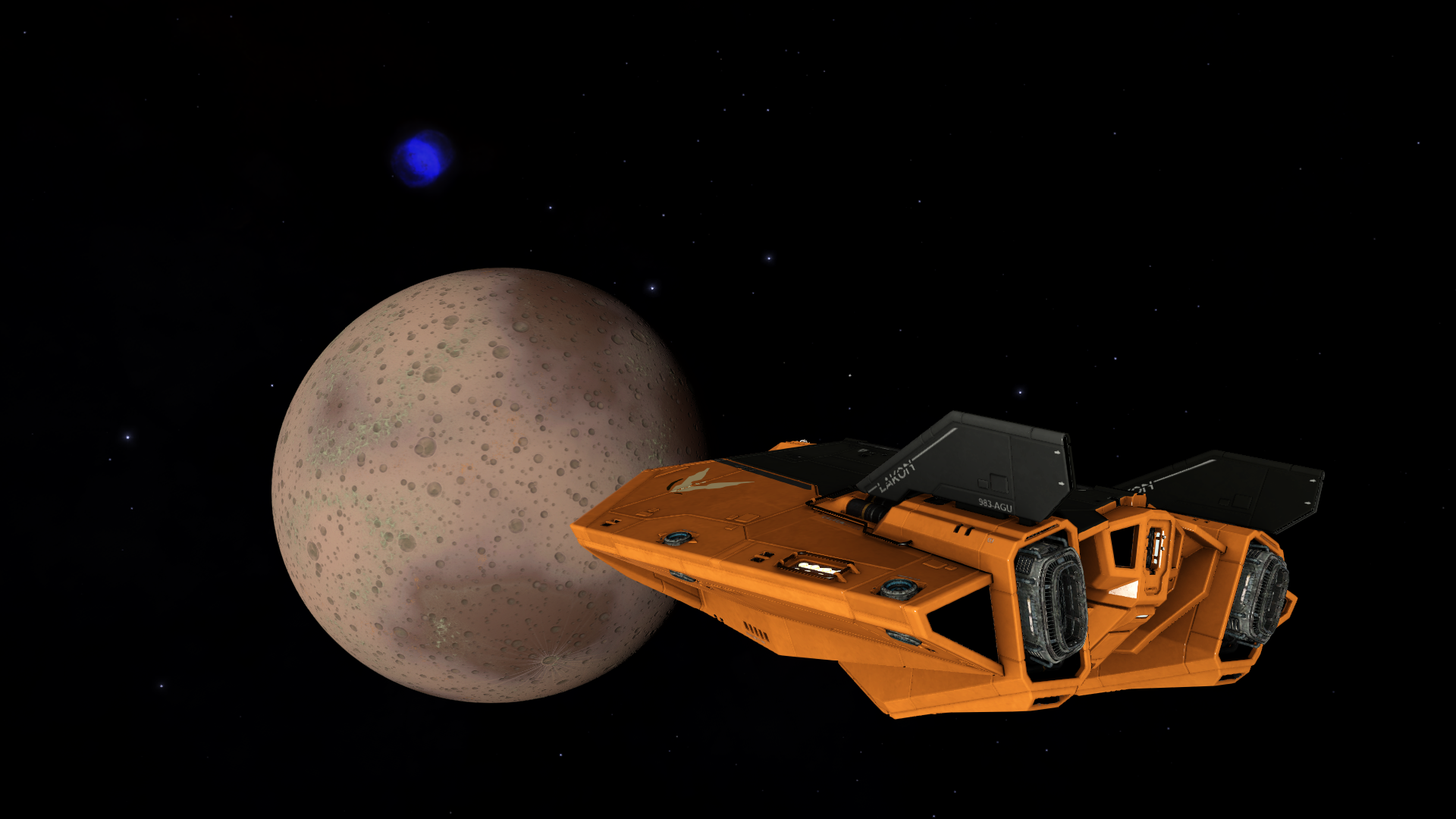 I really don't know why it is named Red Spider since the gas cloud is actually blue...

After some more time flying i ended in Thor's Eye system. The main star is a beautiful O class star and i love them for their bluish-purple light.

Trinne's Endevour camp is just 262.20153 LY from here but i am too exhausted to continue.

Crawled back in my bunk and fell a sleep.

A long awaited update Catching with the fleet