So, even that the expedition is yet to begin and i already have some close encounters with death. 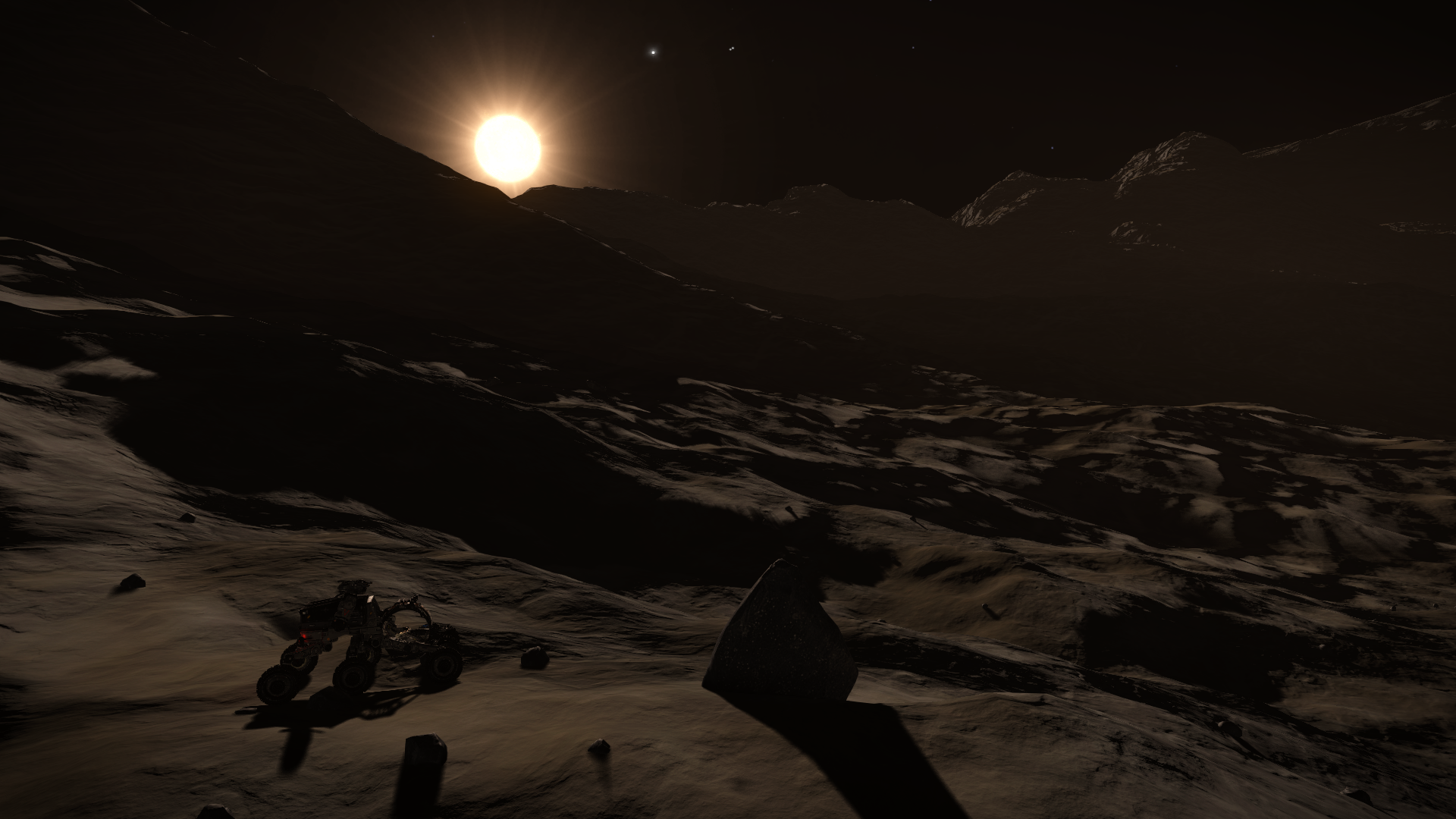 The first one was a stupid one. I was going down in a crater in Fine Ring Sector IR-W d1-131 A 4 without even checking the angle of the slope.
Needless to say i almost crashed, but lucky for me managed to stop before flying down with my SRV.

If only noticed the slope angle earlier... 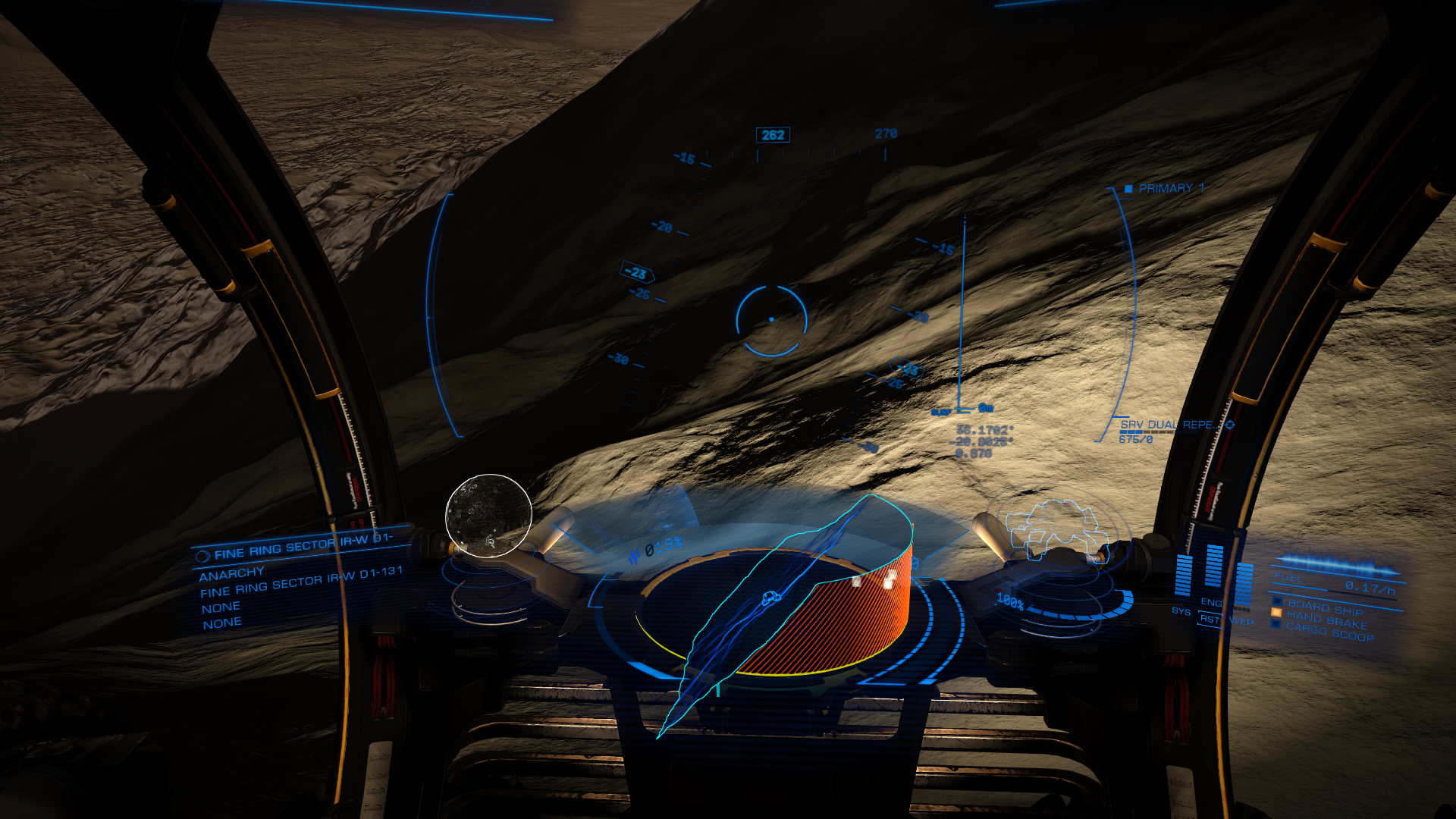 At least at the end i was able to reach the mountain inside the crater at its other end. 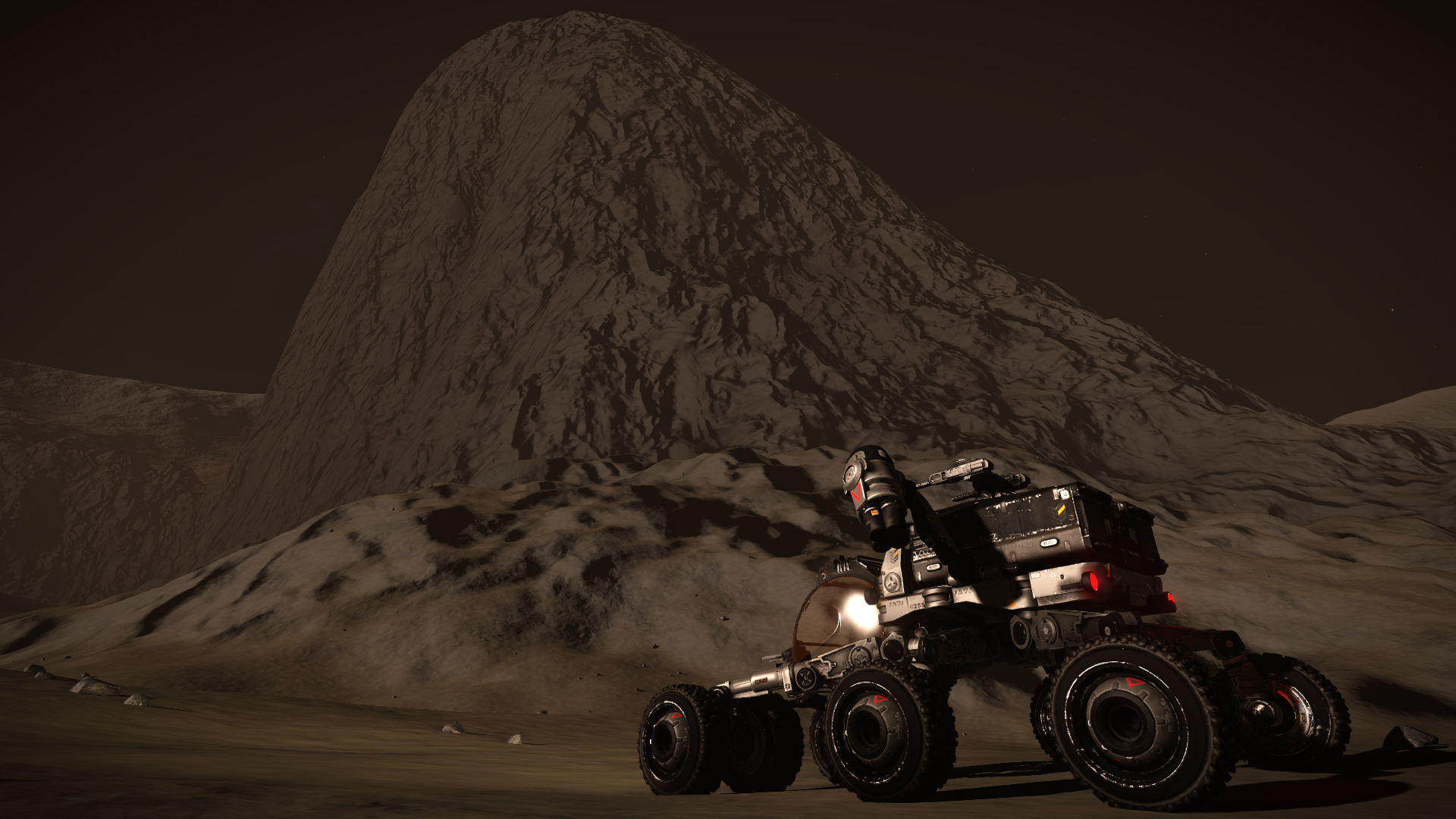 There was a call just before the start that we go to Pleiades Nebula and help with the search of the so called "barnacles". Many believed that this is just a wild goose chase, but what the hell. For me it was good as many of us stormed the place and started looking around.

And yeah, i was still in Fine Ring Sector when the event started so it took me some time to travel these ~1400 LY from there to Maia and dock at Obsidian Orbital for first time.
Man, this station is beautiful. Too bad there is no outfitting store in there. I was at least gonna drop one of the Heat Sink launchers.

Anyway. After some chaotic organization the group started searching planets inside the Nebula with no luck. There where some debates and scientific approach and finally we agreed that the most probable place for the "barnacles" is Merope system. At least all Unknown Artifacts are pointing always to it.
So, we were driving around and then CMDR Kola2 said that he is hearing some strange noise and he is currently on Merope 3 C.
I had just landed there when this came out. Found some very interesting mountain which looked like a castle. Too bad i didn't take a picture and write down coordinates, but will try to find it again and go for a ride.
I asked them for their coordinates and after receiving them i headed out their way.

They were on the dark side of the planet and for me this was a challenge as i have never flied in pitch dark before.
You should be extra careful when doing this and always watch your sped and altimeter. Also i will suggest to always turn on your ship light beams. They can save your ass as they saved mine.

The long story short - i survived, found them and joined the search.
Unfortunately we haven't found nothing after few hours driving on this rocky moon.

I am still there and will search some more time before the expedition start.
I was thinking of skipping the official departure, but it appears that i will be there.